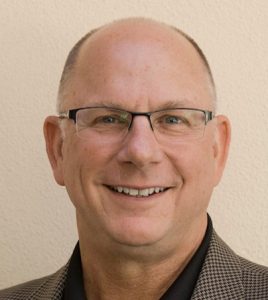 He has spent the past twenty-one years consulting exclusively with CPA firms and prior to that, ten years with the CPA firm of Henry & Horne, (Arizona’s largest regional firm) where he was the partner in charge of the firm's Management Advisory Services and PC Consulting practices.  Roman also served as the firm’s Administrative partner where he oversaw Internal Accounting, Marketing, Human Resources, and was responsible for the creation and implementation of the firm's technology plan and budget.

Roman was named by INSIDE Public Accounting as one of the profession’s Most Recommended Consultants for each of the years from 2005 through 2017, CPA Practice Advisors Top 25 Thought Leaders for 2011 through 2019, and Accounting Today’s Most Influential People for the years 2000 through 2005, 2011, 2013 through 2019.

Roman is also an Advisory Board Member to the CPA Firm Management Association (formerly the Association for Accounting Administration) and has served on the Board of Directors of the Arizona Society of CPAs.

On a technical level, Roman is an AICPA Certified Information Technology Professional (CITP) and a Certified Lean Six Sigma Black Belt (LSS BB). He authored technology chapters for the PPC MAP Handbook, PPC Guide to Paperless Engagements, and sections of the AICPA MAP Handbook.  He is also a regular contributor of articles to the AICPA PCPS, CPA Practice Advisor, Thomson Reuters Audit and Accounting publications and the CPA Firm Management Association’s (formerly the Association for Accounting Administration) newsletters.