Many question whether a gender issue exists in our profession. I did not expect to encounter this issue as part of the INSIDE Public Accounting/ConvergenceCoaching research study, “The Road to Retention: Motivators and Drivers for Young Public Accounting Professionals.” What I anticipated was generationally-focused feedback highlighting the differences between mature and younger professionals.

Digging into feedback from 723 young professionals, however, brought me face-to-face with some stark gender differences and the worrisome messages they convey. Based on the data, there is a very real gender issue in our profession and it’s one that firm leaders need to pay close attention to if the sustainability and growth of your firm is important to you.

But before we get into our gender findings, let’s first explore some important background details:

So, the professional talent pool is half female – and is likely to be at least or more than half female going forward. But less than a quarter of those women become CPA firm owners. How come?

The IPA Road to Retention survey provides us with some clues. For instance:

If women felt better utilized and clearer about their path to partner, would they ascend in greater numbers than they have to date?

And what’s causing the declining respect women seem to have for firm leaders as they mature? Isn’t it likely that there’s a correlation between that declining respect and their lower desire to join those leaders at the partner table?

A few other interesting gender findings shed more light on the gap:

So where do we start? First, we admit there’s a problem. Then, recognize that this problem isn’t only a women’s issue because it has the potential to impact men and women alike by significantly handicapping our profession. If bright young women don’t believe our profession offers them the best opportunity to utilize their skills, win at home and at work and ascend to senior leadership, we simply won’t attract and retain our fair share of this critical talent resource. And, we won’t be able to retain the smart, capable women we’ve been fortunate enough to attract to the profession thus far.

Take steps to encourage open communication in your firm – first at senior leadership and then within your team to better understand the issues that your people feel impact the rise of women leaders. Encourage uncomfortable, raw and honest feedback on what needs to change in your firm – from both women AND men – and then test ideas and pilot programs to address them.

Talent is the new battleground and firms that attract, develop and retain both genders in equal numbers win. When the dust settles, where will your firm end up? 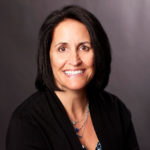 Jennifer Wilson is a partner and co-founder of ConvergenceCoaching, LLC, a leadership and management coaching, consulting and training firm that specializes in helping leaders achieve success. Learn more about the company and its services at www.convergencecoaching.com.