The CPA Firm Management Association recently conducted its second comprehensive technology survey tailored specifically to member firms with the goal of identifying the applications, products and processes utilized by peers.  Where possible, the survey attempted to identify which applications firms are moving to in the cloud compared to traditionally on-premise managed solutions.  The survey was conducted in December 2017 to determine what information technology firms would be utilizing in 2018 and compared to the results from 2016 where appropriate.  This survey further highlighted the unique nature of CPAFMA member firms which tend to be medium and larger sized firms.  174 CPAFMA members participated, 88% of which had 10 or more personnel and 40% (70 firms) were multi-office. The survey is broken into three sections: CPA Technology, CPA Practice Management, and CPA Tax and Audit Applications and Technology.  Below you will find the results from the second part of the survey on CPA Firm Practice management Applications:

CPA Practice Applications: Below we summarize the administrative applications which CPAFMA peer firms utilize to run their internal operations.  The number of firms selecting either on-premise or cloud applications have been identified where possible, but point out a continued transition towards cloud adoption either for the entire firm or individual applications.

Email/Groupware: Microsoft continues to be the dominant accounting firm groupware product utilized by 128 firms.  The 2018 survey found 89 firms using Cloud/Hosted Exchange versus 39 firms still maintaining their own servers.  This is a stark contrast from 2016 where the numbers were reversed with 79 firms managing their own servers compared to 37 that had transitioned to the cloud. Google Gmail was the only other product listed with three firms.    This year’s survey also asked if firms set file size limitations on email mailbox sizes and 25 firms (23% of respondents) limited the file size to 1Gb.  The majority (34%) of respondents allowed for 2Gb-5Gb mailbox size and a surprising 29% (31 firms) had no limits set.  The remaining 14% of respondents (15 firms) set limits between 6Gb and 50Gb per user, pointing to a loosening of limits since the 2016 survey.

Collaboration/Instant Messaging: Microsoft’s Skype for Business (formerly Lync and Office Communicator) was the dominant application in this space with 36 member firms selecting it (with the majority-24 firms, using it in the cloud).  The three Google groupware users from the previous question also utilized Google Plus for their Instant Messaging.  The survey also identified four firms utilizing Microsoft Teams, which is a product to watch as it becomes an important part of Office365.

Video Calling: 52 peer firms were using video calling through Microsoft Skype for Business, again being the dominant product from the 2016 survey which falls in line with the findings of Groupware usage as it is integrated into Microsoft Office. This was followed by five firms using GoToMeeting, three firms on FaceTime, and three on Cisco products. 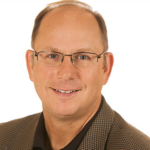